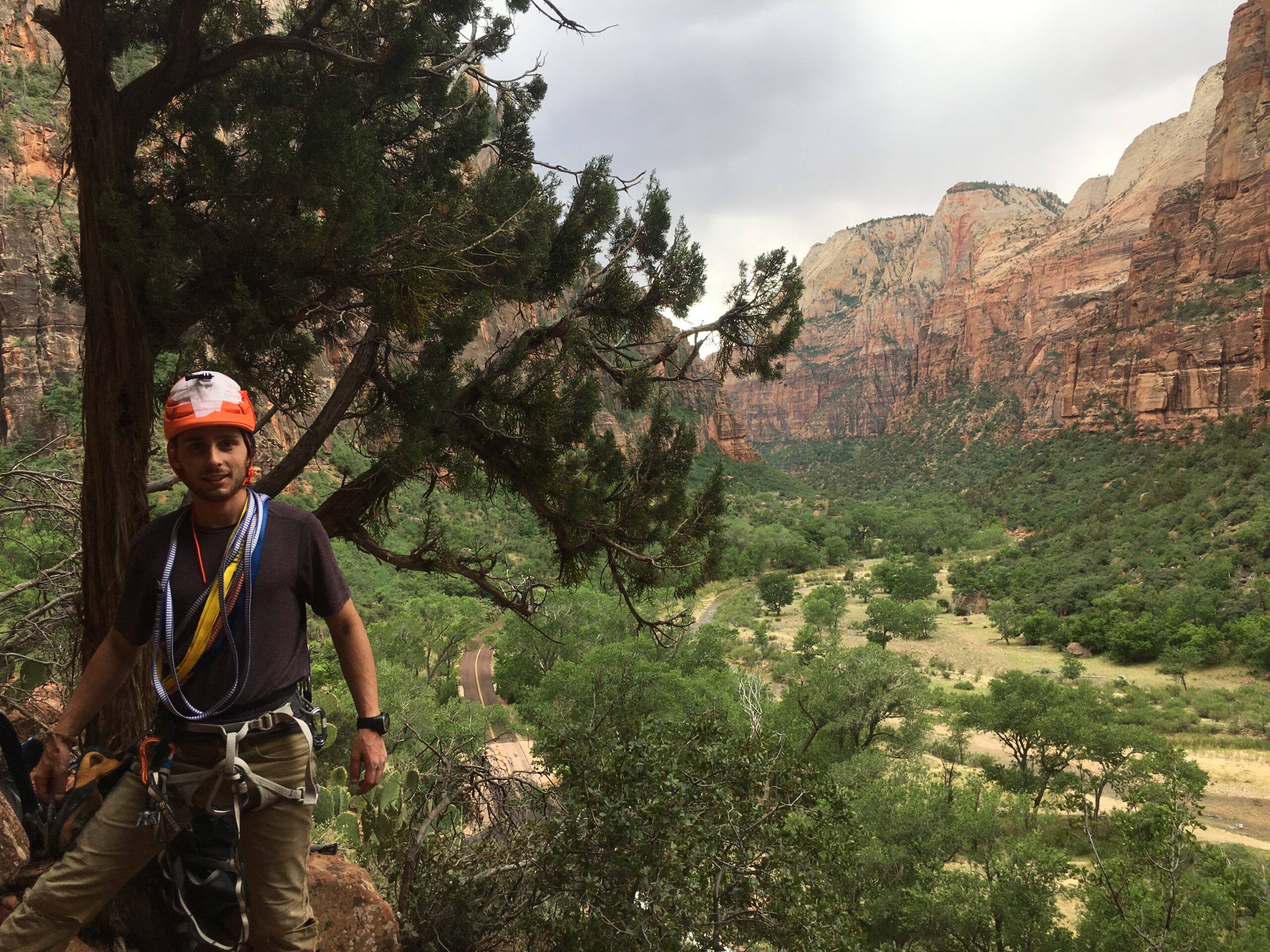 This is it, my intro into big wall, multi-pitch, traditional climbing. Jan was getting married a few weeks later, so this was considered his ‘informal bachelor party.’ We flew out to Vegas on Thursday night, picked up our rental car, and headed west into the desert. Red Rock is a rather large state park that has HUGE walls to climb. Friday, we were to attempt a route called Epinephrine. Rated a 5.9, it has 13 pitches of traditional climbing (Set your own protection pieces). Ambitious, I know, but we had to try. Day 1 was a humbling experience. We made it only to the 4th pitch before we had to rappel down.

After getting off the wall, we decided it would be best to camp close to our next destination, Zion National Park. We dispersed camp on BLM (Bureau of Land Management) right outside the park. For anyone who enjoys camping and hasn’t been out West much, BLM is everywhere- and is free for you to use, so long as you clean up after yourself. Day 2 was yet again a humbling experience. We tried to get on to 5 different routes and were only successful on 1-Weeping Rock.

Day 3 we headed back towards Vegas and Climbed again in Red Rocks State Park. These routes were single pitches with a mix of traditional and sport routes. It was a healthy mix and confidence booster after getting rocked (pun intended) for the first two days.

This trip was an immense learning opportunity, climbing is a sport unlike many others. It pushes you to your physical and mental limits. And it is at that moment that you find out who you are and whether you have the grit to make it to the next move.

If there’s a remote possibility of taking a service road, get the right rental car. Our Toyota Corolla did not do well. We had to park the car and hike in an extra 1.5 miles since the road was too rough and rocky. (When I say rocky, I mean bouldery)

In and Out Burger, duh.

Multi-pitch climbing is hard and takes a long time. Midwest climbing ratings are nothing like out West climbing.

Here are some reference resources if you’re thinking about going to Red Rock yourself or making the jump to trad:

Are you feeling lost? Look the Trail Book to find your way!